“To Stop The Wuhan Virus We Must Do What We Did To Stop SARS!”

Here is the life-saving question, "What did we do to stop SARS?"

"You are what you think." - Buddha

"Whether you think you can or you can't - you're right." - Henry Ford

This is the time for everyone to apply the self-fulfilling prophecy to stop the Wuhan virus, and more importantly to apply the power of prayer.

"Jesus looked at them and said, "With man this is impossible, but with God all things are possible." - Matthew 19:26 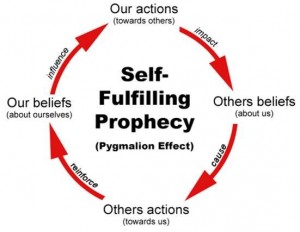 "Self-fulfilling prophecy refers to the socio-psychological phenomenon of someone "predicting" or expecting something, and this “prediction” or expectation comes true simply because one believes it will, and their resulting behaviors align to fulfill those beliefs. This suggests peoples' beliefs influence their actions. The principle behind this phenomenon is people create consequences regarding people or events, based on their previous knowledge toward that specific subject. Additionally, the self-fulfilling prophecy is applicable to negative and positive outcomes.

American sociologist William Isaac Thomas was the first to discover this phenomenon. In 1928 he developed the Thomas theorem (also known as the Thomas dictum), stating,

“If men define situations as real, they are real in their consequences.”

In other words, the consequence will come to fruition based on how one interprets the situation. Using Thomas' idea, another American sociologist, Robert K. Merton, coined the term self-fulfilling prophecy, popularizing the idea “...a belief or expectation, correct or incorrect, could bring about a desired or expected outcome.”

More importantly, for those who believe in the power of prayer and have faith, they can gather to pray for God's intervention, with God, all things are possible!

This is the time when all religious leaders will gather to pray for God's intervention to stop the Wuhan virus, like what they did when we had SARS.

I pray with all my heart that God with his grace and compassion will stop this evil act of Satan.

God is sovereign and almighty, and I pray He will stop the Wuhan virus just like the last time He stop SARS, in the name of Jesus. Amen.

View all posts by: admin